David Eliot comes from a family of educators. Born and raised in New England, it was his attendance at Lawrence University that brought him to Wisconsin – and eventually Door County. After his graduation, Dave decided to stay in the Midwest and give living in Door County a try. In 1996, he and a friend decided to start a community newspaper. While he had some experience with publishing during his time at the Lawrentian, his college newspaper, it was not nearly enough for someone with no collateral to qualify for a traditional bank loan.

“I was way too green for a bank to look at me back then,” says Dave. “It started with a $5,000 loan from my parents to buy a computer and a scanner to get the newspaper started.” That first season 10 issues of the Peninsula Pulse were published. “We didn’t take any salary, we just were hoping to break even,” says Dave. “All I heard was you’ll never make it work. You can’t make it work. Don’t do it.”

Today, with his business partner Madeline Harrison, Dave has turned Peninsula Publishing into a true Door County success story. The Peninsula Pulse is now produced 52 weeks a year. Door County Living is their lifestyle magazine. And Dave founded The Paper Boy, LLC to distribute his publications (and the promotional materials of many other local companies) to literature racks across Door County.

While Dave’s company has grown at least 10% a year for each of the last 17 years, he cannot help but wonder how much further he might be had he access to more capital in the early days. “I was cooking and waiting tables at night so I could contact advertisers in the day. It strangles growth if you have to spend 40+ hours a week working another job.” Dave also laments that he didn’t have the chance to sit down with other successful businesspeople to exchange ideas and learn from them. That’s why Dave is one of the founders of COIN.  He knows that nurturing new entrepreneurs is essential to our community.

“We started as a seasonal business because that was all we could afford to do, but we’ve had to become a year-round operation to maintain the consistency and integrity of our publications.”

Dave is insistent, however, that COIN isn’t a substitute for hard work. COIN offers access to capital and counsel – things he could have used in his early days. “We’re not here to give someone an easy path to riches. We want people who say I’m willing to take a risk. I’m willing to work hard. We want the entrepreneur who says if you’re willing to give me access to a small amount of capital to get me over that hump, I’m going to be successful.”

Steve Sauter’s family has been spending summers in Door County for generations. His father was a successful entrepreneur who brought innovation to the banking industry, but Steve wanted to

After graduating from St. Norbert College, he spent the next 14 years in the telecommunications industry, most recently as Director of Sales and Marketing for a company that pioneered many of the voice over internet protocol phone services we use today. But ever the entrepreneur at heart, Steve wanted to try

something new – and he wanted to do it in the place he loved.

So Steve returned to Door County and explored lots of options – but he admits most of them involved sailing and living off his savings!  Yet Steve’s entrepreneurial spirit still burned, and it was piqued when he became aware of an ice cream distribution company that was having a tough time. Saddled with some bad business decisions from the past and excessive debt, the company was failing. But Steve saw value and real opportunity in the company. It had a great partnership with the Business Development Center and the underlying concept was strong. In 2002, Steve and a partner purchased the remnants of the failed business and they launched the new IceCreamSource.com, a web based retail operation.

Steve’s company has a simple goal: Offer the most delicious and unique gift available on the web.  IceCreamSource.com distributes ice cream gift packages, delivered frozen on dry ice, that are the pinnacle of decadence and a gift that truly stands out from the crowd.  Steve admits that the early years were tough, and he and his partner were doing most of the work themselves. It wasn’t until 2008 that the company hired its first employee. Steve eventually bought out his partner. The business has gone on to become so efficient at shipping frozen products that they now provide fulfillment services for other companies as well.

IceCreamSource.com did about $500,000 worth of business in 2007. In 2012, they grossed $8.6 million and employ 20 people year-round in Door County. “When we started this thing, no bank would have ever given us the $20,000 we needed to buy the assets of the failed company, and I wouldn’t have blamed them,” says Steve. He admits that he knew nothing about the food business and not a lot more about distribution. But if you know Steve, you knew he was going to give everything he had to make this company successful. He had the character to make it work. That’s why his family and friends had such faith in him.

A desire to make sure others have the same opportunity is what drives Steve to be an advocate and Founding Member of COIN.

And that’s what COIN is designed to accomplish – to encourage entrepreneurs to build their businesses in Door County, Wisconsin.” 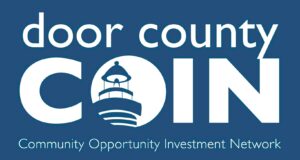 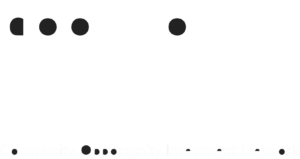